Series: Out of Uniform #1 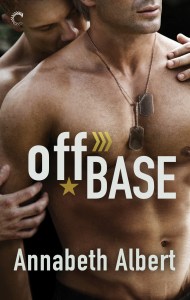 After trading the barracks for a fixer-upper rental, navy SEAL Zack Nelson wants peace, not a roommate—especially not Pike, who sees things about Zack he most wants to hide. Pike’s flirting puts virgin Zack on edge. And the questions Pike’s arrival would spark from Zack’s teammates about his own sexuality? Nope. Not going there. But Zack can’t refuse.

Pike Reynolds knows there won’t be a warm welcome in his new home. What can he say? He’s an acquired taste. But he needs this chance to get his life together. Also, teasing the uptight SEAL will be hella fun. Still, Pike has to tread carefully; he’s had his fill of tourists in the past, and he can’t risk his heart on another, not even one as hot, as built—and, okay, yeah, as adorable—as Zack.

Living with Pike crumbles Zack’s restraint and fuels his curiosity. He discovers how well they fit together in bed…in the shower…in the hallway… He needs Pike more than he could have imagined, yet he doesn’t know how to be the man Pike deserves.

Book One of the Out of Uniform series

This book is approximately 73,000 words

One-click with confidence. This title is part of the Carina Press Romance Promise: all the romance you’re looking for with an HEA/HFN. It’s a promise! Find out more at CarinaPress.com/RomancePromise

“What do you mean they’re not coming?” Zack tried hard to sound like the badass navy SEAL he was now. He’d passed all sorts of interrogation training—there was no reason he couldn’t hide that he didn’t particularly like this guy. Or this fancy bar where he and his nontrendy clothes and military haircut were out of place. He’d agreed to go out for drinks with a group. His friend Ryan had promised him a drink for finishing his SEAL qualification training and getting his trident, and Zack had figured dealing with the rest of Ryan’s crowd wouldn’t be horrible. But tolerable was a far cry from being stranded alone with Pike freaking Reynolds without Ryan as a buffer.

“They blew two tires getting out of Santa Monica and are waiting on a repair truck now. Ryan said to have fun without them.” Pike looked harmless enough—shorter than Zack with a lean build and bright red hair and freckles that made him look too young to drink—but Zack knew from experience he was anything but benign. Pike was the type of guy who would flirt with wallpaper, but he seemed to have singled Zack out for special attention ever since their first meeting at a LAN party.

Which was all well and good, but unlike a lot of Ryan’s crowd, Zack wasn’t openly gay. And what Zack hated was that Pike seemed to see through all his “no, really I’m straight” protests and see things Zack refused to even think about. And a whole night with Pike? Torture. And that was coming from someone who’d been tossed into frigid water with his arms and legs bound. Repeatedly.

But he’d happily endure another round of drownproof training if it meant an easy out of this situation.

“Is Landon coming?” Please say it’s not just us. Surely, Pike’s omnipresent sidekick would be there to bail Zack out.

“Nope. He’s doing research at the Hadron Collider for the next few months. Just us, I think.” Pike grinned at him. “Alone at last, right?”

Zack guessed that the Hadron was one of those supersmart things Pike’s crowd just assumed everyone else knew about. He certainly wasn’t about to appear dumb and ask. “You don’t have to stick around on my account,” he said instead.

“Dude.” Pike smacked him on the shoulder. “I’ve had a shit week. Another three interviews for jobs for the fall, another three fuckups on my part. Don’t make me drink alone.”

“On me, right? We’re all super stoked that you passed SQT.” Pike gave him another of those disarming smiles.

Ba-deep-deep. Zack’s phone chimed. Sure enough, there was a message from Ryan apologizing for bailing. Have fun with Pike, Ryan ended. But whatever you do, don’t let him talk you into shots. He looks scrawny, but he can drink you under the table. Trust me.

Zack shoved his phone away. Nope, no way was he doing shots with Pike. Last thing he needed was to get drunk and forget himself around the guy.

“So what’ll it be? They have a whole selection of craft beers here.” Pike offered him one of the little bar menus artfully str

ewn around on the huge antique wood bar.

“A Bud’s fine,” Zack said. He’d never developed a taste for the fancy stuff. This whole place was fancier than he was used to, what with the exposed hardwoods everywhere, the prettified bar food emerging from the kitchen, and the painted inspirational quotes behind the bar. Even the name, Mellow, was a far cry from the hole-in-the-wall places he’d drunk at in college or even Big Ted’s, the little sports bar right off base that his fellow SEALs favored.

Pike signaled the burly bartender, who frowned at them after Pike gave their order for a Bud and some fancy-ass beer Zack had never heard of. “Hand stamps, please. Both of you.”

Zack stuck his hand out, showing that the bouncer had indeed checked his ID. Pike put his arm right next to Zack’s—way too close for comfort. “See, look at us, finding things in common.”

“Getting carded is hardly something to be proud of,” Zack mumbled as he pulled his arm away. Back in San Diego, when he went to the bars with his friends, they never got carded anymore. And he liked that—he was twenty-three now, for crying out loud.

“Of course it’s not for you, Muscles.” Pike did that whole standing-too-close thing again, moving over so others could get to the bar.

Zack really shouldn’t like that Pike noticed what the past few months of training had done for his physique. He’d always been lean, but days of log- and boat-carry drills had carved out muscles he hadn’t even been aware he had. Zack accepted his beer from the bartender, then followed Pike to one of the little high-top tables ringing the bar area.

“Seriously, you are jacked now.” Pike winked at him, giving him the sort of once-over Zack’s buddies gave girls in bikinis. “Look at those shoulders. It even makes you look taller.”

Flattery was not going to work on Zack. Not even a bit. Besides, Pike was the short one, probably five seven or so. But Zack was a perfectly respectable five ten. In your boots.

“Truth, man. I just call it like I see it.” Pike shrugged. And that right there was the whole problem with Pike—he had absolutely no filter and a way too keen sense of observation.

My list of auto-buy authors is short. As in, you could probably count them on two hands and have some fingers left over. But right near the top of that list is Annabeth Albert. Seriously, the same woman whose characters I first met in a series about reality television then made me fall in love with a bunch of gamers, even though I hate video games. And now, she’s taken another turn, getting me to fall in love with a Navy SEAL and his math geek boyfriend in Off Base.

What worked:
Zack. This man’s got enough issues to fill an aircraft carrier. If it’d been any other author, I’d have been nervous that it was overkill. But it all worked! Sure, DADT is a thing of the past, but that doesn’t mean everyone’s comfortable being out. And yeah, we live in a more accepting world than we had years ago, but that doesn’t mean every family is going to openly accept their children for who they are. Combine all the aspects of Zack’s life and you have one big, sloppy, denial sandwich.

Pike. Who better to win over a man who won’t even admit that he’s gay than an out and proud, take no prisoners gay man? The best part about Pike is I never felt icky. You know, that feeling you get when you’re reading and the openly gay guy is pushing too hard to get the man of his dreams to admit his feelings? Yeah, that’s not Pike. In fact, I was impressed that he was the one putting on the brakes at times.

The chemistry. In and out of the bedroom, Zack and Pike had chemistry in spades! And unlike some of Annabeth Alberts’s stories, which are sweet with a pinch of spice, this one definitely turned up the heat! Don’t get me wrong, stories can work both ways and it’s a testament to her talent to know which stories need what level of heat.

The tension. At no point did it feel easy for either character. They didn’t throw their own issues to the side for the sake of an easy story. They truly met in the middle to decide whether or not they were going to take the next step.

What didn’t work:
Nothing. There wasn’t a single thing in this story that didn’t work for me. It’s not often that I can say that, but this is one of those cases. Seriously, this is an instant-buy, re-read, love it for life type of book! I may already be trying to figure out how to hack computers so I can get an early copy of the sequel! 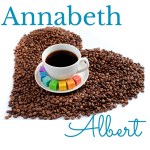 Annabeth Albert grew up sneaking romance novels under the bed covers. Now, she devours all subgenres of romance out in the open—no flashlights required! When she’s not adding to her keeper shelf, she’s a multi-published Pacific Northwest romance writer.
Emotionally complex, sexy, and funny stories are her favorites both to read and to write. Annabeth loves finding happy endings for a variety of pairings and is a passionate gay rights supporter. In between searching out dark heroes to redeem, she works a rewarding day job and wrangles two children.

. . Divorced. Beaten down. A failure. Until a ray of sunshine comes into my life... People call me Officer Grumpypants, but wouldn’t you be if life ke...
View on Facebook
· Share